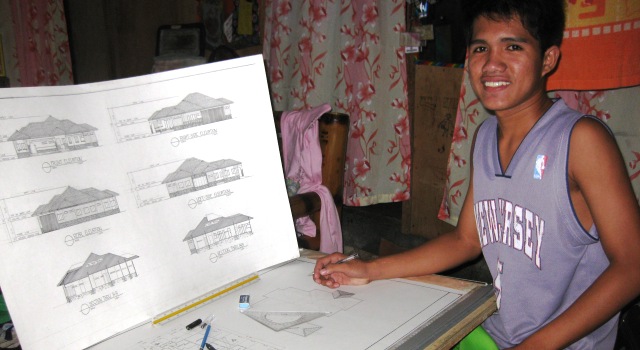 In the Philippines the new school year has begun and we are happy to be able to bring all last year’s sponsor children to school again. A couple of students often skipped school and after several warnings we decided to stop their sponsoring. Because of this we were able to admit some new students in the Scholarship Program in their place. In the next few days we would like to introduce these new students to you in a news article.

The first student we would like to introduce is John Ralph. Actually for Sparrow he is not a new student since he entered the Scholarship Program last year already. But since he has not been introduced, this has gone unnoticed. John Ralph started last year with the college study Architecture. His family is poor, but despite the poverty his parents managed to pay his secondary school education. John Ralph really wanted to go to college, but even if his parents would save 100% of their income for his education, this amount of money would still be less than a quarter of the total costs. So a college study was unreachable for him.

John Ralph did not give up and came to Sparrow’s office together with his sister. His certificate and his way of speaking showed he is an extraordinary student. If his marks could be converted and compared to the Dutch mark system he would have only nines and tens. This was one of the reasons we decided to admit him to our Scholarship Program.

During the first year John Ralph immediately showed he has a great talent. He already won an architecture award with one of his school projects. John Ralph is really grateful for this opportunity to study. He regularly drops by at Sparrow’s office to tell about school and to help out, for example by washing the car.

We pray that John Ralph will become an excellent architect and that he will be able to get himself and his family out of poverty in this way. 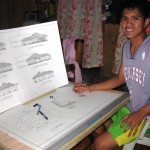 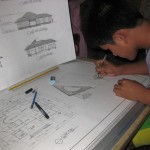 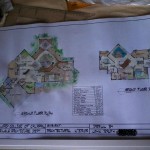 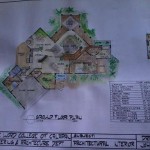