The Supervisory Board acts as a monitoring group for the directors. They check if the policy corresponds with Sparrows objectives and whether they have a sound financial policy. Furthermore they judge strategic decisions. The Supervisory Board resides in the Netherlands and consists of: 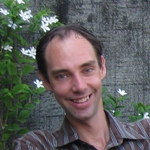 Remco studied Biology at Wageningen University. He  graduated on the subject ‘the role of tropical woods at the combat of poverty’. Before working as General Director with Sparrow, he was a political advisor with a Dutch NGO and end responsible for lobbying the Dutch and European Parliament. 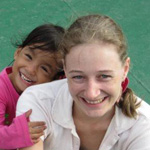 Ellie is graduated as a nurse and has worked in both Surinam and the Philippines. Before her job as Managing Director with Sparrow she was a Nursery Supervisor in a Philippine children’s home for malnourished children.

Remco and Ellie are married and have two children. They work fulltime at Sparrow’s office in the Philippines and are completely dependent on donations for their life support. You can read more about their lives in the Philippines at www.familiepijper.nl.

Staff members in the Philippines 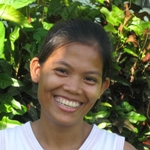 Lolly is born and raised in Iloilo. She lives in Calapan City for several years now. Lolly is married and has two children. For Sparrow she is mainly involved in the Medical Fund Project. She often accompanies patients to visit a doctor and she visits patients in the hospital or at home. Besides this Lolly is also involved in the Open Office and the Scholarship Program. 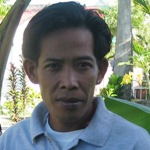 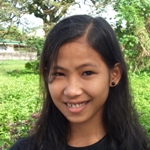 Rona Joy is born and raised in Calapan City. She studies Political Science and wants to become a lawyer. For her studies Rona Joy receives a scholarship from Sparrow. In her time off she helps her mom sell food in their canteen. Rona Joy’s responsibility with Sparrow is being in charge of the weekly Bible studies for grade 4, 5 and 6. 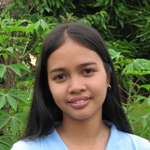 Jaimelyn is born and raised in Calapan City, near Sparrow’s office. She studies Hotel and Restaurant Management and works parttime for Sparrow. With Sparrow, Jaimelyn is in charge of the weekly Bible studies for grade 1, 2 and 3.

Staff members in the Netherlands 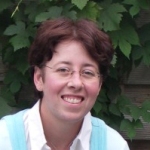 Marina Huijsen works with Sparrow as a translator Dutch-English. She translates the website pages and other documents like sponsor letters and brochures. Marina is married and is a mother of a two-year old boy. As of 2007 they live in the southern part of the Netherlands, where Marina also used to live as a child. After her study Developmental Psychology Marina had administrative jobs in several companies, mainly at their personnel departments. In order to care for her little son, she chose to work from home. Since the translations for Sparrow can be done at home, this job meets her wish to combine administrative work with the care for her son.

Marina sells handmade purses and bags, which are sold on her website tassen.huijsen.net. After deduction of the costs of materials and fabric the profits are for Sparrow.